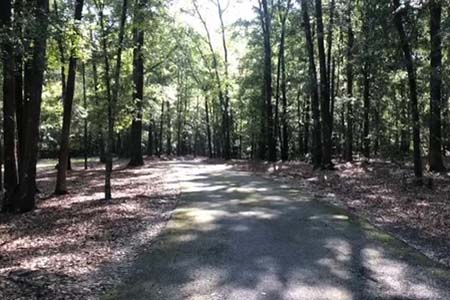 The Old Federal Road was originally a postal route to improve travel and communication between Washington and New Orleans. After a treaty in 1805 between the Creek Nation and the Federal government was signed, the road was begun and followed an old Indian trade route to the Tombigbee River. It came across Georgia into what would soon become Alabama right here at Fort Mitchell where the historical park is today.

The fort was built by the Georgia Militia in 1813 in response to violence between two factions of Creeks and against settlers who proved to be a threat to their land, livelihood, and culture.

The Old Federal Road continued to just south of Montgomery and went south to St. Stephens, just above Mobile, and eventually ending at New Orleans. There are still short segments of the old road you can see today, like at Fort Mitchell and all along the original route. Much of it is located on privately owned land today.

After the Louisiana Purchase of 1803, it was advantageous to have a route to the newly acquired territory of the United States. Despite the many dangers and extreme difficulties, many people came into what became the State of Alabama and changed it forever. It foretold the sad story of the Creek Indians who once lived, worked, and raised their children here on this wild land along the Chattahoochee River.